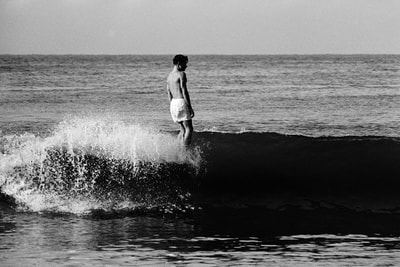 Corky on the nose at 15 years of age. 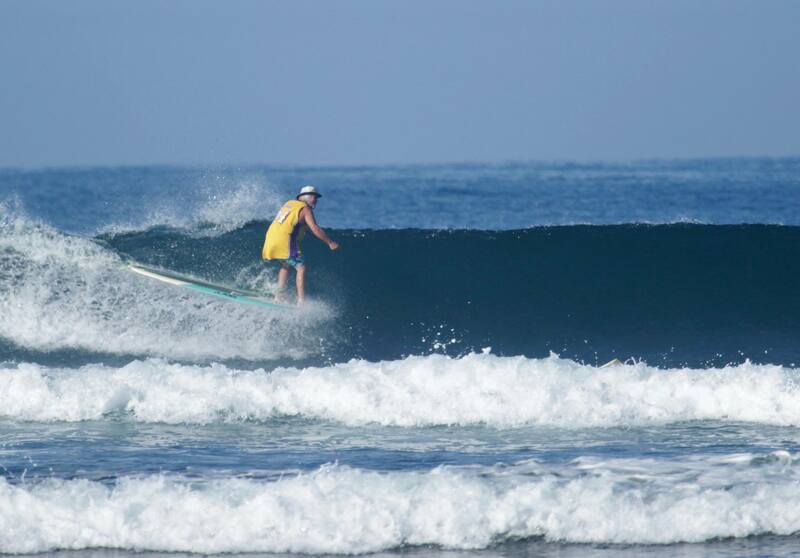 Corky on the nose at 70 years of age.

Corky is still living the dream. He surfs a perfect 500+ yard left point break nearly every day. He lives with his beautiful wife Raquel, a menagerie of critters, and has longtime mentor/pal Tim Dorsey, down the beach a few doors. When he is not Stand-Up surfing, or traveling, he's writing his weekly OC Newspaper column, working on his book, painting, making music, or entertaining friends and guests who come down to enjoy his totally unique Corky Carroll Surf Adventure.

About a year ago, a mutual friend of Corky and Mike's re-united them for the first time in about 30 years.. Within minutes, it became clear that even in their 70's, these two Surf legends are as stoked today as they were 5 decades ago. Each offered up great ideas about what kind of board shapes worked best for them. That eventually morphed into a new Surfboard label for Corky and the return of Mike's iconic 1970's brand, Hot Lips Designs by Mike Purpus of California!

Unlike other pro surfers who sold out to those overseas molded pop-out brands, All Corky and Mike's boards are 100% hand shaped, tinted, and glassed in what's likely the world's oldest, continuous running surfboard factory, Remember Rick Surfboards from 1962? This is the original Rick Surfboards Factory on Cypress in Hermosa Beach, California. Phil Becker (Becker/Hollander/Mangiagli) took the reigns in the late 70's and the factory became known as the  "Becker" Factory. Way over a million boards came out of this place and still do. Phil Becker alone was thought to have churned out more hand shaped surfboards in his shaping bay than anyone in the world. Phil turned over his legacy and shaping bay about 15 years ago to protege, Jose Barahona. If you purchased a Becker Surfboard in the last 37 years, there's a very good chance Jose shaped, hot coated, glassed, tinted, or air brushed it. Jose also has had his own board line for years. He ghost shapes for several famous brands as well. We're honored to have Team Barahona as part of our Blue Mango Surf family!
If all of this wasn't enough, Hap Jacobs recently retired at 89 years of age and tapped Jose to continue his amazing legacy of board building excellence. It only seemed natural to unite two of our sports greatest surf legends with Team Barahona. Jose, Oscar, & Jimmy Barahona along with Finisher Fred, and Air Brush Dave are the most experienced board building team on the planet, Jose Barahona is now working with Corky and Mike. making Blue Mango Surfboards.  Mike, has also brought back his iconic 1970's label, Hot Lips Designs. Check out Corky and Mike's "Legends of Surfing" series that are designed and co signed by both Corky and Mike.
Corky and Raquel on Blue Mango Surfboards
The greatest competitor of California’s Golden Age and surfing’s first real pro was five-time US Surfing Champion Corky Carroll.
Corky was right in the middle of much in surfing. Surfing in front of his family's beach house, he wanted a more durable swim trunk. He approached nearby Katin Surf Shop with his request. Nancy and Walter Katin got to work and created an industry.

As a student at Huntington Beach High School, Carroll took surf safaris with good friends such as Mark Martinson, Robert August, Mickey Munoz, Billy Hamilton and Mike Doyle. When Endless Summer was released, he travelled promoting the film.
Working for Hobie Surfboards, Corky found his niche interacting with the customers instead of in the back of the shop. In the water, Corky was so promising that Hobie Alter decided to sponsor him, paying Carroll to use and promote Hobie Surfboards.
​
During the mid-’60s noseriding era, he was as good as anyone. He was a champion paddler with keen wave judgment and a competitive spirit that usually paid off with high-scoring performances. In 1968, he won the Surfer Poll Award as the best surfer in the world. Few disagreed. “Of everything I achieved in my surfing career, winning the Surfer Poll meant the most to me,” Carroll said. “To be named the best by the people was the greatest honor. It is one of the only trophies that I kept for my kids.”

Corky was also at the forefront of the short board evolution, making the transition from long boarding that others could not. His Mini Model was the first production shortboard in America, and his Deadly Flying Glove model furthered the evolution.

Carroll was a great contest surfer, but he was also a gutsy big-wave rider. He surfed Waimea and huge Pipeline and he was in the water at Makaha on the day Greg Noll paddled into the largest wave ever ridden in 1969, pre tow. “I only rode one wave though,” Carroll said. “It was a monster, at least 300 feet as I saw it. I also got caught inside three times that day and spent hours swimming in.”
Carroll was one of the first to convert to twin fins in 1971 and was featured in a number of surf films in the ’60s and ’70s, including MacGillivray-Freeman’s Five Summer Stories.

When competitive surfing lost some of its luster in the early ’70s, Corky Carroll reached into his grab bag of talent and diversified into an array of livelihoods. He taught himself to play the guitar and was soon in the studio producing albums of original music. He wrote several books, spent 10 years as advertising director of Surfer magazine, six years as a tennis pro and a couple of years as a ski instructor. All the while, Carroll never relinquished the surf scene. An inductee into the Surfing Hall of Fame, he now operates his surf school in Costa Rica and is a fabulous surf columnist. 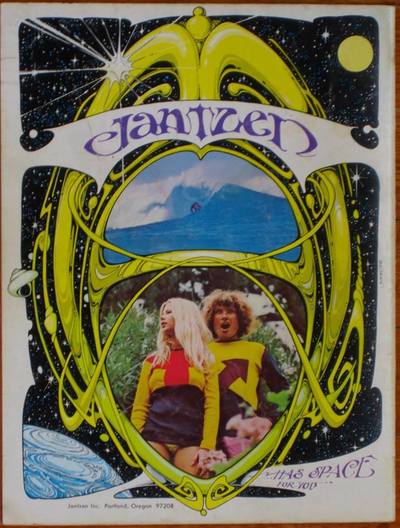 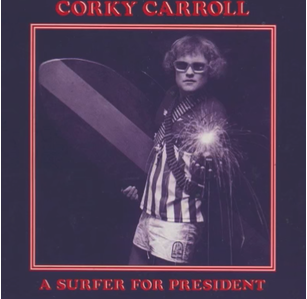 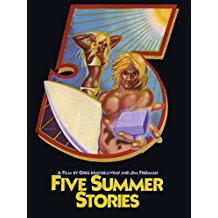 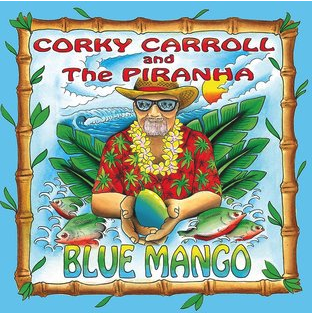 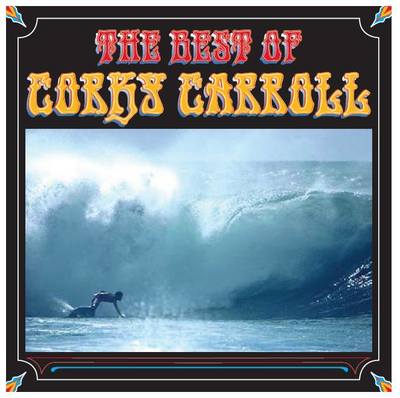 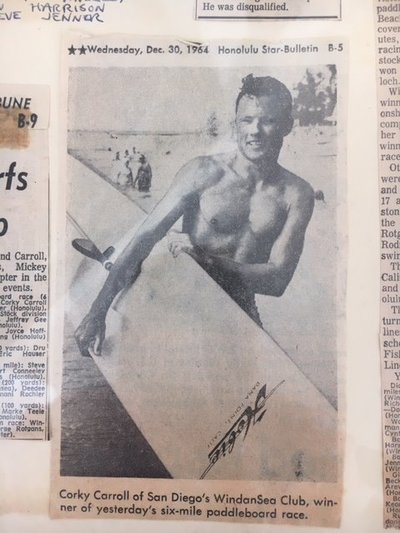 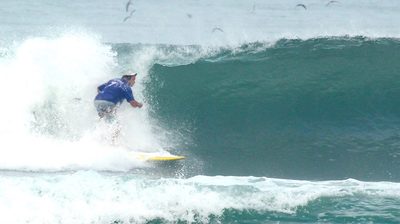 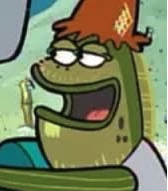 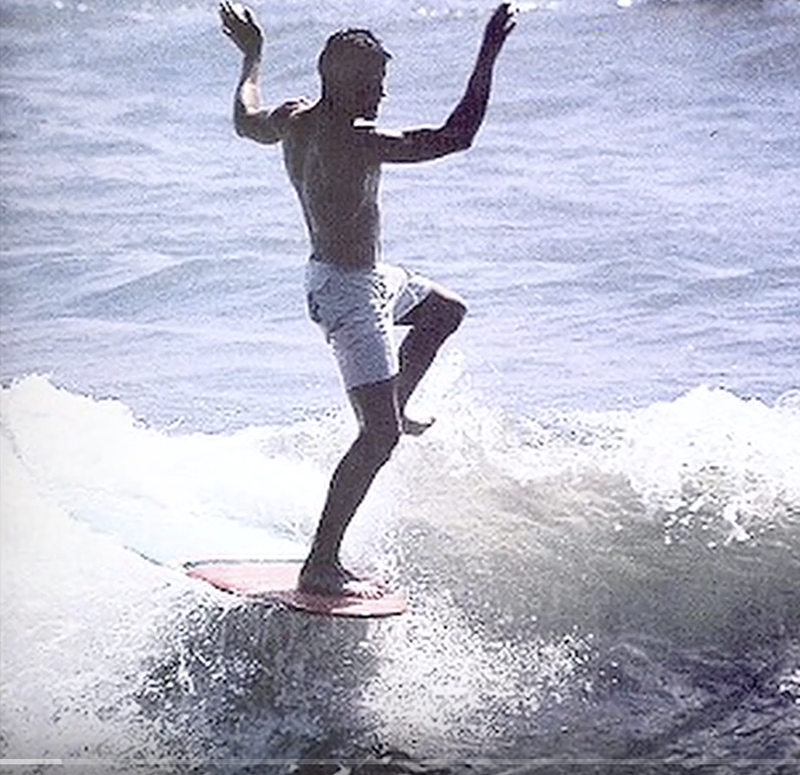 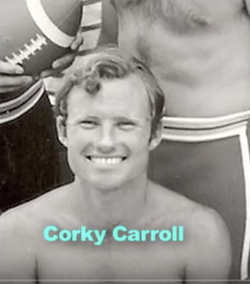 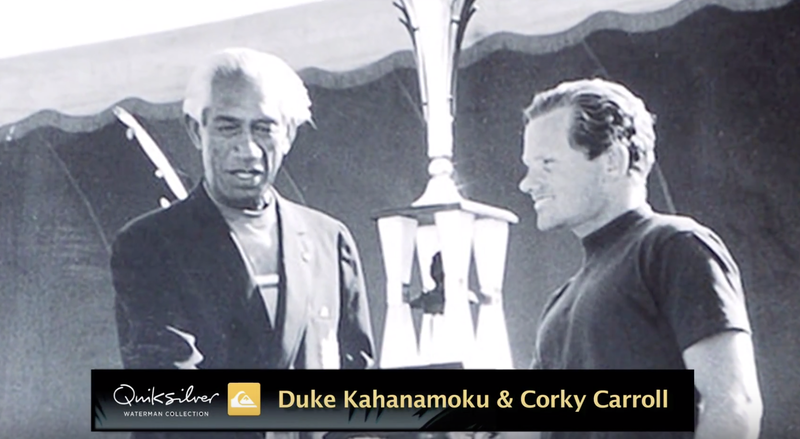 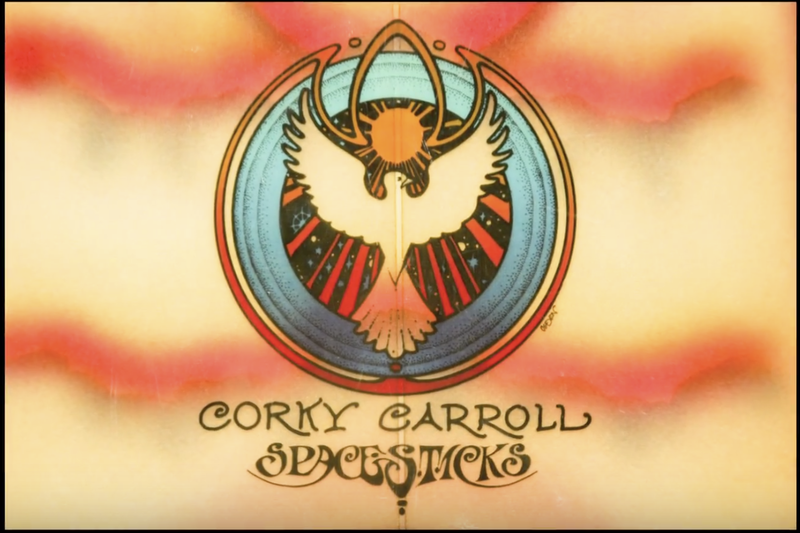 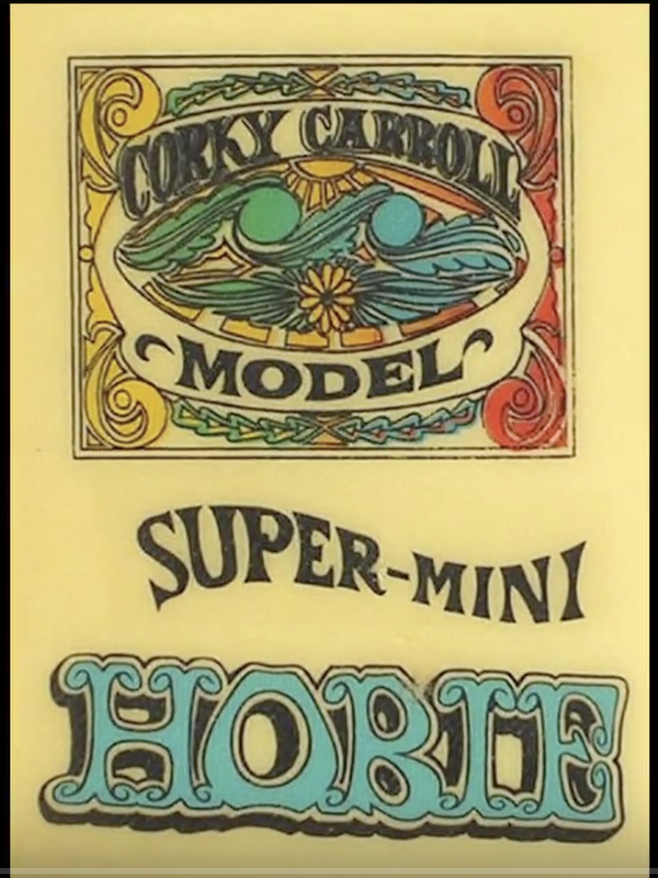 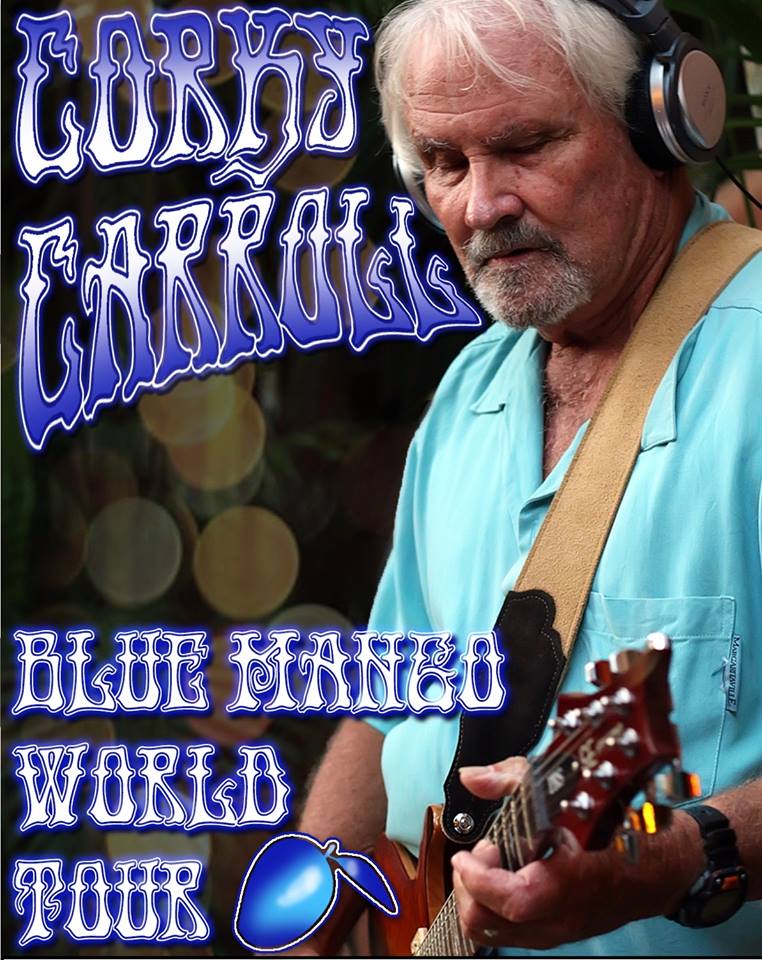 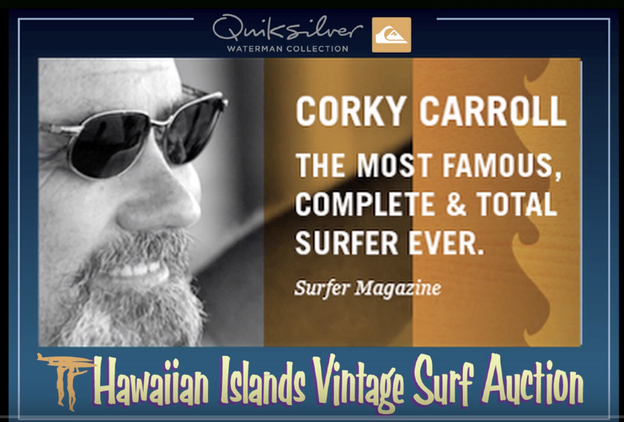 -Author of five books and currently columnist for the ORANGE COUNTY REGISTER.  (23 yrs)

Corky's Video Biography
​
Corky on Growing up in Huntington Beach

Corky on his "forced" transition to riding a SUP

Corky gets a wicked Christmas Surprise from wife Raquel