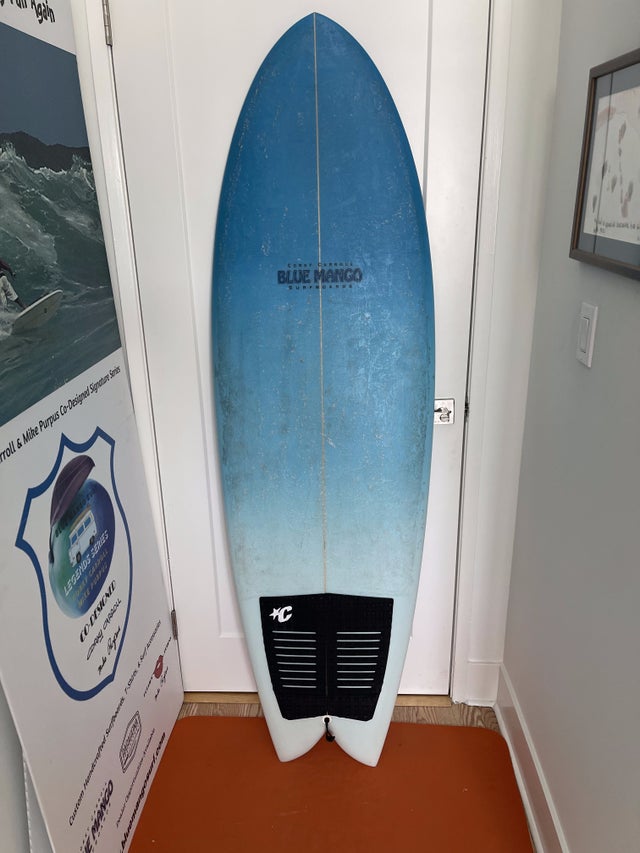 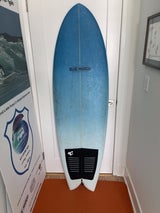 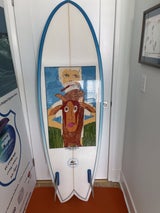 Our demos and prototypes are not available often but when they are, you may be better off grabbing one rather than ordering a new custom. That's because, they are available immediately, already experienced, usually have a $40 trackpad already added, and often times already waxed up. Just add some Future fins and go surfing immediately.

Whether you ride it or hang it, this board has provenance from the get go. It was the 2nd Corky Carroll Blue Mango Surfboard made and only one of four made with Corky's painting. It was signed number two of 20 by Corky. What makes it potentially even more valuable is Corky decided to do only 5 of these instead of 20 to keep the value high for the few who will be lucky enough to get one of these. So far, there are only four boards that have his infamous, "So Wrong, So Very Wrong" painting of his mentor/best friend/lifeguard icon/neighbor, the one and only Tim Dorsey. There will be a fish and last one made shortly but not on a fish. Corky's pals all know the story behind Tim and his beloved goat, Prizilla RIP. This board was ridden twice and is in brand new condition. Whoever buys it will hear the whole story and have a piece of surfboard art that is signed by Corky Carroll